If you've been working with us in the past years you may know we constantly remind our customers about the great rebate opportunities from water and power companies such as Edison, Pasadena, Burbank, and DWP have rebates from $200 to $1000 for replacing your pool pump with an energy efficient one! These variable speed pumps must be installed by a Certified Aquatic Equipment Installer! Thats us!

With the ability to change speeds, the variable speed pump allows you to save up to 90% of your annual energy costs of the single speed pump.

The motors in these pumps can help accumulate over $1000/year in energy savings. Paying for itself in about a year or so!

While the initial cost of the variable speed pump is higher than that of the single speed pump, you will see that it continues to help save you money, month after month for many years to come.

Click the link below for your water and power company to learn more about which rebate you qualify for!

Save Energy and Save Money! Call Us Today!

Kirby's Pool Service is a Certified Aquatic Equipment Installer! We highly recommend replacing your existing single speed pump with a variable speed pump for more than just the rebate!

Variable speed pumps are more efficient, and can be integrated into advanced pool automation systems such as Hayward’s OmniLogic. You can set timers that allow the pump to run at different speeds throughout the day without you having to lift a finger. A single speed pump, as its name implies, can only ever run at a single speed.

A single-speed pump works at one fixed speed and a variable speed pump can be programmed to run at many different speeds. Why does it matter? Won’t both of them pump water? Yes they will, and they will do it equally well (both set to the fixed speed of the single speed pump); however, depending on your needs, your pump isn’t always most efficient at its max speed.

In order to allow for efficient filtering, it is often times better to be able to allow your pump to run at lower speeds.

For more efficient heating, it is favorable to run your pump at higher speeds to meet the necessary flow of water to run your heater. An average residential pool is recommended to be turned over once per 24-hours, which can be accomplished at lower speeds.

Can the Corona virus spread through pools and hot tubs?

When's the last time your pool water was changed? 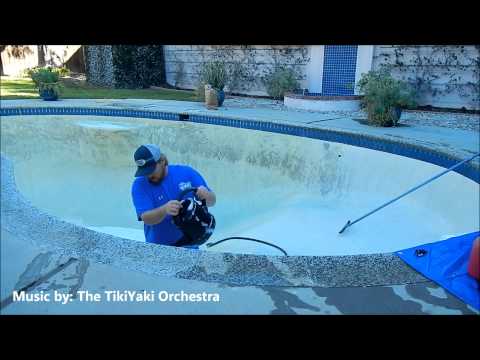 Can the Corona virus spread through pools and hot tubs?

Protect Your Pool Heater! Enjoy your pool all year round.